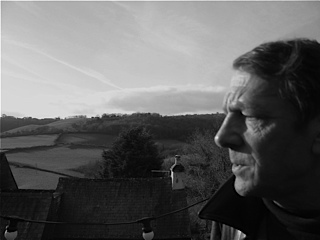 Paltenghi’s paintings are in private collections in Europe, America and Australia, exhibiting successfully since the 1980’s, and winning the Hunting / Observer Travel Award which took him to Australia (1992) returning with a large folio of work which was later exhibited at the Royal College of Art London.

As well as landscapes he is noted for this still life work – flowers, fruit – and more recently bottles and glasses.

Reduced images (paired down) – a simple but mediative style, underscored by poetic tension.